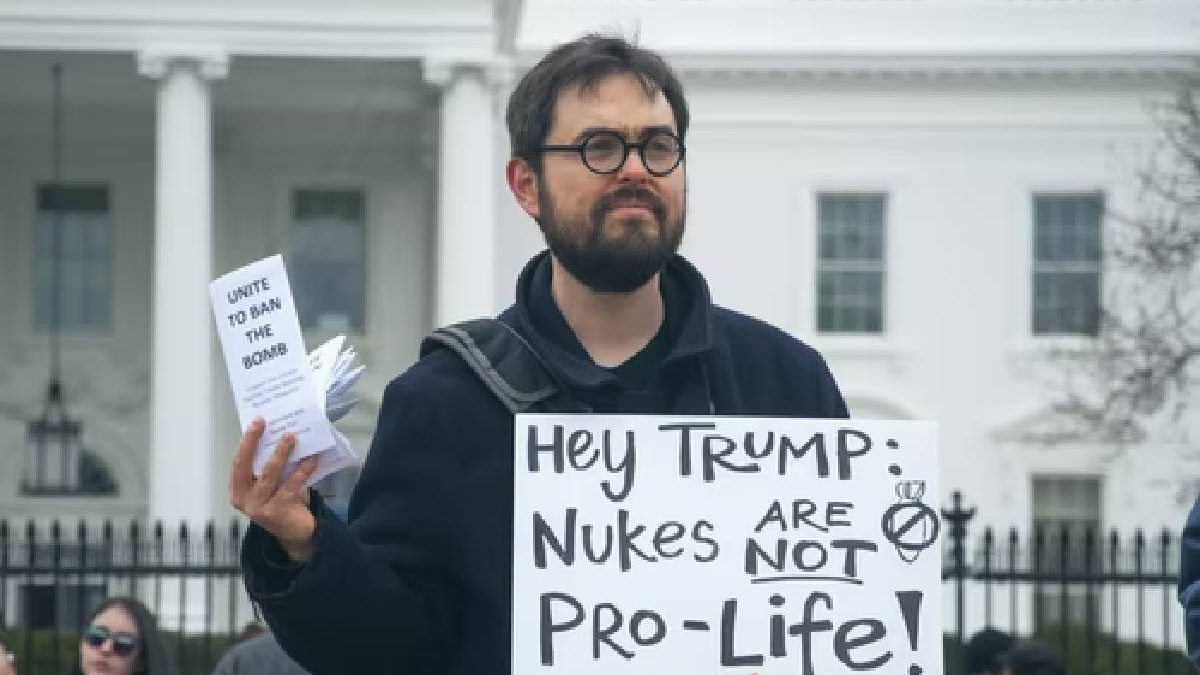 One day, if we don’t all disappear first because of the Mutual Assured Destruction we continue to sink into, nuclear weapons will evaporate from the world’s arsenals.

This is the horizon imagined by the 50 countries that have ratified the Treaty for the Prohibition of Nuclear Weapons (TPAN), thus allowing its entry into force on January 22. This is also what, Eventually, the Non-Proliferation Treaty (NPT). Since its entry into force in 1970.

And even the UN Secretary-General, Antonio Guterres, and Pope Francis have again demanded the same choice on the occasion of the International Day for the Complete Elimination of Nuclear Weapons, to 26. September.

That is also, apparently, the historical trend since the end of the Cold War.

Of the more than 60,000 nuclear warheads counted during the tensest moments of the bipolar confrontation, it is estimated, based on data from the SIPRI Yearbook 2021.

Earlier this year, there were a cumulative total of 13,080 strategic nuclear warheads among the nine nuclear powers a. The year before, it had been 13,400.

But parallel to these figures, demands, and agreements

It is inevitable to acknowledge that a rearmament sequence is underway, suggesting that eliminating nuclear arsenals is unfortunately not imminent. The latest data to tell this is news of China’s launch of a hypersonic orbital nuclear glider missile last August.

This is a very advance technology involving the United States and Russia, making it even more difficult to defend a missile against a nuclear attack and bringing us closer and closer to the possibility that nuclear devices are not just for deterrence.

But also to fight. Same China is now building more than 200 ICBM silos and the same China that is not bound by any treaties that Washington and Moscow have signed for decades.

But other countries, such as the United Kingdom

also entered the same path. In its most recent strategic review, London announced that it had decided to increase its maximum cap of 180, which it had previously maintained, to 260 and begin construction of the new dreadnought submarines.

Its defence spending is already daring to ignite the debate over the advisability of nuclear weapons with China in mind. The same is true of North Korea.

Which is already openly committee to acquiring second-strike nuclear capability, or Iran, although in this case, one could still think that their efforts are primarily aimed at having a currency to free themselves from the sanctions in force.

And it remains only for the European Union to enter this field at some point as the final element of the long-awaited and ethereal strategic autonomy.

And all this while the international framework that seeks

Control of such a worrying proliferation process is becoming increasingly tenuous. The extension of START III to 2026, the Anti-Ballistic Missile Treaty, the Intermediate Nuclear Forces Treaty.

The Open Skies Treaty or the Comprehensive Nuclear Test Ban Treaty (but due to opposition from China. North Korea The United States, India did not enter into force).

Israel and Pakistan for ratification). The TPNW, on the other hand. Does not exist for any of the nine nuclear powers and any of the NATO countries.

Also Read:- what to expect from the argentine elections